House prices rose by only 0.1% in July, keeping annual house price growth in double digits for the ninth consecutive month at 11.0 %, according to Nationwide. But a slowing of the rate of growth continues. Three-month growth has more than halved since the start of this year, down to 1.2% from 3.8% in the three months to February.

Demand is also falling. The June RICS survey reported the weakest reading of new buyer enquiries since the start of the pandemic. Demand has fallen away most rapidly in areas that have seen the greatest price growth over the last two years, such as the South West of England, according to Zoopla.

But the supply of homes for sale remains low, with competition still strong for quality properties. This will sustain value growth in the short term, even if the speed of growth is gradually slowing.

First time buyers are making up a growing share of the mortgaged market. Almost 31,000 new loans were granted to first time buyers in May, according to UK Finance, with their numbers holding up despite rising affordability pressures.

Meanwhile, new mortgages for home-movers fell by 22% in the year to May 2021, compared to their peak in September 2021 when the stamp duty holiday ended. Cash buyers have also fallen back, with their share of the total market falling to 27% since the start of 2022, from 31% in 2021 H2. Their total numbers are now back in line with the 2017-19 average.

But Buy-to-Let landlords continue to capitalise on the strength of the rental market, with 36% more loans granted in May than the pre-pandemic average for the month.

House price growth was strongest in Blaenau Gwent and on the Isle of Anglesey in Wales, where prices grew on average 22.7% and 17.5% in the year to April. South Hams, on the south coast of Devon also saw values rise by 17.1%. There were small falls in Aberdeen, down 2.2% and parts of London, where the largest falls were in Lewisham, down 0.6%, and Tower Hamlets, down 0.5%.

Rents grew 12.0% in the 12 months to June across the UK, according to Zoopla. This is almost six times the pre-pandemic average rate of annual growth recorded since 2012. The rate of growth picked up again at a national level, after a brief slow-down. London, the South East and Wales saw monthly, quarterly and annual growth all accelerate. This is likely a result of sustained tenant demand combined with the usual uptick in activity during the summer months.

London boroughs saw the strongest annual growth to May, but over half of this has been making up for rental falls during the pandemic. The greatest rental growth since February 2020 has been in Blaenau Gwent (32.1%), Folkestone (26.1%), and Hastings (25.1%). 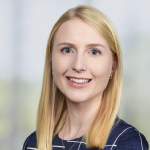 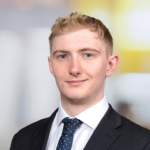 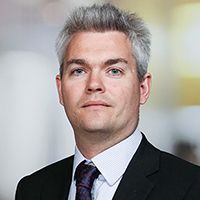