Uptick in activity as market braces for busy Q2

At the end of Q1 2022 we have recorded investment turnover of £1.91bn across 23 transactions, 16% of this volume took place in March, where nine deals totalling £307m exchanged. However, the lion’s share derives from January’s turnover (82%) which is largely attributed to Google’s acquisition of Central Saint Giles. The market witnessed a resurgence of activity following a muted February, and the quarterly volume figure represents an increase on the five-year and ten-year averages by 60% and 37%, respectively.

Domestic investors retain their status as the dominant purchasers in the West End accounting for 70% of transactions (by number) over the quarter. On the contrary European purchasers account for only 13% (compared to the five-year average of 26%), which can partly be explained by the recent surge in hedging costs. The largest transaction in March was Bond Street House, W1. A joint venture between MARK & Thor Equities sold the long leasehold interest to a consortium of investors represented by Aermont, at a level understood to be in advance of the quoting price of £150.0m, 4.28% & £4,955 psf. The retail and office property generates a WAULT of c.five years with two-thirds of the gross income secured against luxury retailers Patek Philippe and Chanel.

The next three key March transactions involved both a UK vendor and UK purchaser, which included Crosstree’s freehold sale of 20 Golden Square, W1. The 25,000 sq ft mixed-use building was originally marketed in December 2020 at a quoting price of £47.5m, 3.72% and £1,923 psf and was placed under offer to a European investor in mid-2021. Following abortive negotiations, the asset traded last month to a private investor at a price of £49m, 3.44% and £1,984 psf.

Savills advised on 44% of March deals (by number). In the largest of these, we represented Gresse Street Limited on the long leasehold disposal of 7–15 Gresse Street, W1, which transacted at the quoting price of £36.5m, 5.43% and £847 psf to GPE. The property comprises 43,000 sq ft and is occupied by the vendor, trading as the Fashion Retail Academy, on a lease expiring in 2025 (with a break option in 2023). The building provides numerous asset management opportunities, including massing potential and change of use, and the deal marked GPE’s first West End acquisition in over five years.

Other notable investment activity includes Boston House, 36–38 Fitzroy Square, W1, where Savills advised the private UK vendor on the freehold disposal, which was acquired by Randox Health for their own occupation (£29m and £1,384 psf). In the third UK fund sale of 2022, abrdn disposed of the long leasehold interest in Allan House, 10 John Princes Street, W1 to the freeholder, Howard de Walden, who were advised by Savills (£12.01m, 5.72% and £659 psf).

In terms of available stock, we are tracking a wealth of ‘buyable’ assets totalling £2.1bn, and over 20% of this volume was marketed in March, across nine buildings. Following a particularly strong quarter, and with a further £1.76bn under offer, we expect momentum to continue into Q2, particularly as vendors wish to close existing sales before the traditional lull of summer.

In recent months, assets offering value-add potential have often far exceeded the guide price and seller expectations when openly marketed. The competitive tension witnessed at bids is a function of the equity that’s been raised within the sector, the range of bidders and the transferability of buyers from one opportunity to another. The desire to create newly repositioned offices for tenants has clearly chimed with investors. A notable theme in March was the numerous bids processes held for assets of this nature, offering refurbishment options. It will therefore be interesting to observe the status and pricing of these various ongoing sales, which include Store Street estate, Chelsea Police station, 77 Shaftesbury Avenue, 22 Kingsway and 40–44 Newman Street, as we enter Q2 2022.

Savills prime West End yield remains at 3.25%, and the Bank of England Base Rate also remains the same at 0.75%, while the UK Treasury Yield has increased and stands at 0.45%. 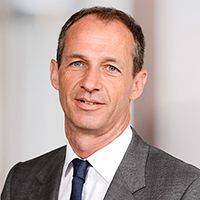 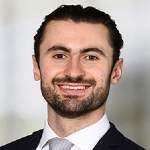 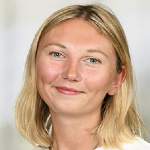