December was the busiest month of 2021, with 15 buildings trading. This flurry of activity saw £890.7m transact, taking the overall volume for the year to £7.72bn across 91 deals. This is 68% ahead of 2020 turnover, where only £4.59bn transacted. Despite this significant uplift, volumes were still low in a historical context being 20% below the ten-year average for turnover of £9.68bn. This was mainly due to the UK being in ‘full lockdown’.

The overall turnover for 2021 was slightly below our November year-end prediction of £8bn, however as predicted, we have entered 2022 with a significant amount of stock under offer. Assets such as 5 Broadgate, 5 Fleet Place and 90 Highborn did not exchange before the year-end, meaning we enter 2022 with £3.2bn of assets under offer. As such, Savills stand by its prediction that Q1 2022 has the potential to be the largest Q1 ever recorded within the City market.

In the highest-profile transaction of the month, Brookfield acquired 20 Churchill Place, E14 for £245m reflecting a net initial yield of 5.86% and a capital value of £680 psf. The virtual freehold building was sold by M&G, having been originally marketed in January 2019. The property comprises 360,401 sq ft of office and ancillary accommodation and is single let to State Street Bank until December 2028, providing a WAULT of seven years. The contracted rent, which is subject to fixed annual uplifts approximately £15.37m per annum, reflects £42.65 psf overall. The acquisition of 20 Churchill Place was the Canadian giants third in the City market in 2021, taking their overall investment to £1.1bn.

Another notable transaction in December saw Helical acquire 100 New Bridge Street, EC4 from Alduwaliya in an off-market transaction for £160m reflecting a net initial yield of 4.44% and a capital value of £951 psf. The virtual freehold building is located on the eastern side of New Bridge Street in close proximity to Blackfriars and Farringdon stations. The property comprises 168,267 sq ft of office, retail and ancillary accommodation arranged over basement, ground and eight upper floors. The entire office accommodation is let to Baker McKenzie LLP until December 2023 at a passing rent of approximately £6.8m per annum reflecting £43.10 psf. The law firm has already committed to new premises at 280 Bishopsgate.

A theme that continued throughout 2021 was the level of off-market activity; Helical’s acquisition of 100 New Bridge Street is a clear example of this. December also saw PGIM acquire C-Space, City Road from Meadow Partners, and Endurance Land/Nan Fung acquire 99 City Road from London and Regional, both through off-market transactions. In fact, 67% of total transactional volume in 2021 was ‘off market’ or through closed targeted sales process’. The key driver for off-market activity was undoubtedly a lack of openly available assets for sale, forcing investors to hunt for properties off-market. Savills advised on £1.50bn of off-market transactions in 2021, 30% of all off-market deals in the year.

Another theme that emerged in 2021 was the number of larger lot sizes that transacted. By year-end, 24 buildings sold with a value over £100m, totalling £5.57bn, 72% of total transactional volume for the year. This was short of the 2017 record, where deals over £100m accounted for 76% of total transactional volume. As we enter 2022, there are currently nine deals over £100m under offer, including 5 Broadgate (reportedly under offer at £1.25bn), meaning the theme of larger deals is set to continue in 2022.

Savills prime yield stands at 3.75%, which compares to the West End prime yield of 3.25%. The MSCI City average equivalent yield currently stands at 5.42%, while the net initial yield is 2.98%. 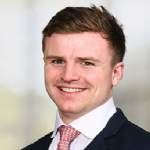