Activity remains restricted by the pandemic; however, signs of recovery are showing

During Q1 2021, take-up in Aberdeen reached 32,757, significantly below the average quarterly level being 95,000 sq ft over the last five years. This was unsurprising due to a strong Q4 2020 and the significant disruption which continues to be caused by the ongoing Covid-19 pandemic.

Government advice remains for employers to ‘continue to support employees to work from home wherever possible’ across Scotland, and as a result, many offices in Aberdeen remain closed or are operating with reduced staff levels. However, it is expected that restrictions will ease in late summer, and offices will begin to repopulate. Economic sentiment is increasing, and Oxford Economics is forecasting that Aberdeen will see office-based employment growth of 1% during 2021, and then 3% in 2022 – a significant improvement on the -3% seen during 2020.

34% of Q1 2021 take-up was Grade A in line with the five-year average of 35%. The Public Services, Education & Health sector was a significant source of demand throughout Q1 where the largest deal was the Met Office’s lease of 11,237 sq ft of Grade A space from Aker Solutions at Aberdeen International Business Park in Dyce. The sector accounted for 38% of Q1 take-up totalling 12,504 sq ft. The Property Company, Development & Construction and Insurance & Financial Services sectors also contributed to a significant proportion of take-up accounting for 28% and 12%, respectively.

There was an even split between city centre and out of town take-up with both markets seeing take-up of circa 16,000 sq ft, this split is typical in Aberdeen with both markets historically seeing similar levels of take-up.

Although take-up was limited, availability has shown a slight decrease since the end of 2020. Available office stock in Aberdeen currently totals 2.6 million sq ft reflecting a 2% decrease since the end of 2020. This reduction is due, in most part, to the demolition or repurposing of poorly located or inadequately specified space. Savills expects this trend to continue into 2021, with around 1 million sq ft of the remaining supply deemed effectively obsolete/ or redundant Grade C.

The post-pandemic ‘flight to quality’ has seen many of the occupiers who have moved over the last 15 months elect to upgrade the quality of their office space. This shift toward better-specified space has resulted in a decrease in the Grade A supply which currently totals just 443,000 sq ft – a 14% decrease since the end of 2020 and a 30% decrease from the five-year average level.

In the office investment market, activity was extremely limited throughout 2020 – due to the economic disruption and the accompanying decline in the price of oil. However, 2021 got off to a much stronger start, and there now appears to be some light at the end of the tunnel – Covid-19 restrictions have begun to ease, and oil prices have recovered to a pre-pandemic level. We are now starting to see a number of capital expenditure projects which had been deferred in 2020 coming online.

In May 2021, 16 North Esplanade West was sold by a limited partnership managed by Tritax to Glade Capital for £15.25 million. This single transaction caused 2021 office investment volumes to already exceed the entirety of 2020. In addition, Savills is currently aware of significant interest from overseas investors looking to purchase stock in Aberdeen. This demand is focussed around assets that are leased on long-term leases to strong covenants and with indexed reviews. In such scenarios, income/covenant-focussed purchasers can take advantage of the discount in yields of up to 150–200 bps, relative to those yields prevailing in the wider regional UK market.

Aberdeen has long been known as the ’Oil and Gas Capital of Europe’, and the city is now on its way to building similar reputation in the renewable energy sector.

In March 2021, the UK government pledged £27 million to the Aberdeen Energy Transition Zone and £6.3 million to the Global Underwater Hub (which Savills have just leased in Westhill, Aberdeenshire). Both these initiatives were seen as the first stage in delivering the North Sea Transition Deal and they demonstrate an acknowledgement from UK Government of the key role Aberdeen and North East Scotland has to play in the UK’s Energy Transition. The North Sea Transition deal is a transformative partnership that seeks to unlock up to £16 billion in investment over the next decade and harness the power of the UK offshore oil and gas industry to help the UK meet its net-zero target. 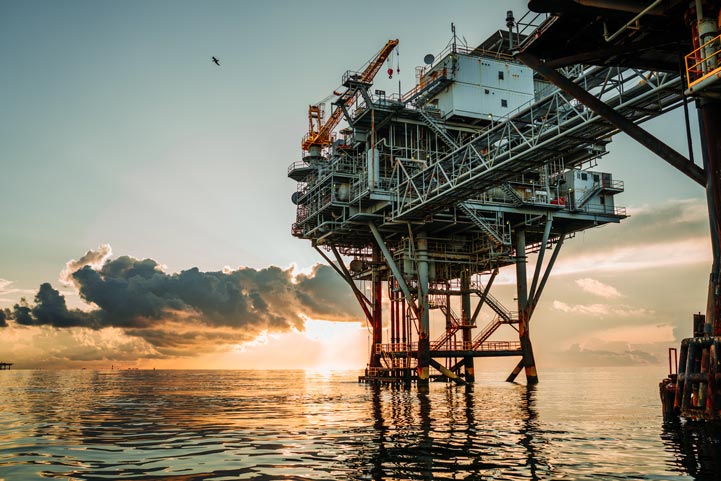 Last year, Aberdeen was selected as home for the world’s first offshore floating facility to produce green hydrogen – demonstrating the city’s global reach and significant technical expertise. The pioneering Dolphyn project will sit 15km off the coast, allowing the UK to harness the power of the super fuel using floating wind turbines. Developer Environmental Resources Management (ERM) described it as the “start of the process”, which will see a predicted wave of thousands of green energy jobs supported by the hydrogen economy. ERM cited a number of factors for the decision to locate in Aberdeen, including the city’s ongoing hydrogen efforts and the new £350m South Harbour expansion.

Over the past two years, some of the largest deals in Aberdeen have come from occupiers with at least some focus on renewable energy. In Q4 2019, TAQA leased 77,000 sq ft at Deepwater House. Under its strategic plan, TAQA intends to generate more than 30% of its power from renewable sources, especially solar, by the end of this decade. Last year, Stork, which offers clients a number of renewable energy solutions, including wind and biomass, purchased 56,000 sq ft at The Quad.

For Aberdeen to continue attracting occupiers within the renewable sector, its offices need to be equally environmentally conscious

For Aberdeen to continue attracting occupiers within the renewable sector, its offices need to be equally environmentally conscious. Across the whole UK, increased public interest in protecting our environment, as well as UK law requiring all companies to reach net-zero carbon by 2050, and 2045 for Scotland, has heightened the demand for sustainable offices. While in Aberdeen, this is intensified due to the developing renewable energy cluster.

Upgrading to a sustainable office is an easy ‘win’ in reducing a company’s carbon output, which will become increasingly important as we move closer towards net zero. From analysing the Scottish Government’s data on non-domestic energy performance certificates (EPCs) Savills has discovered that just 2% of office buildings in Aberdeen have an EPC score of A, demonstrating a significant need to create energy-efficient office buildings in the city.

Aberdeen has been a victim of its own success in many respects, in so far as the strength of the office market (which was driven by the oil and gas sector) has resulted in the economic lifespan of many buildings being extended by virtue of their continued lettability. We are now coming to a point in the cycle where many of these older obsolete buildings are coming forward to be recycled or repurposed to alternative use.

Two of the key sustainable offices that are currently available in Aberdeen are 1 and 2 Marischal Square. The buildings were constructed in 2017, and the whole development was planned with the environment in mind. Marischal Square contains high-quality elevations of granite and glass, and both the offices were awarded both BREEAM ‘Excellent’ and EPC ‘A’ ratings upon their completion.

However, there are currently significant plans to refurbish BP’s current North Sea headquarters when the energy giant moves out in December next year – with the main focus of the refurbishment on sustainability. LaSalle Investment Management, which owns the 210,000 sq ft office complex, aim to make it an “exemplar for Aberdeen’s sustainable energy future”

The Grade A building will receive a multimillion-pound refurbishment, removing any affiliation to the current occupier and also aimed at repositioning the building as a market-leading sustainable office campus. The refurbishment will feature smart technologies, including those which reduce touch-points, a digital app system, an electric car share initiative, electric vehicle charging points, bike racks, and a fully equipped gym, as well as ’much improved’ use of the outdoor green spaces. The project aims to offer tenants the ability to meet their net-zero aspirations with a strong emphasis on the highest sustainability and environmental standards.

Shaun Reed, fund manager at LaSalle, said in regard to the development: “The iconic Wellheads Avenue campus has played an important role in Aberdeen’s recent past, and we are preparing for it to play a key role in the city’s future as the focus on sustainability and the transition to renewable energy move to the top of the agenda.”

Russell Borthwick, chief executive of Aberdeen and Grampian Chamber of Commerce, added: “In many ways this is a metaphor for Europe’s oil and gas capital moving towards being a global leader in developing the energy transition technologies that will enable the achievement of net-zero targets.”

The repurposing of Wellheads Avenue will provide the Aberdeen market with a best in class office campus which befits the city’s global aspirations as a renewable energy hub. Due to the size of the site, it presents many opportunities for Aberdeen’s renewable sector. There is the opportunity for it to become a large HQ or for the sector to cluster at the site, allowing for innovation and collaboration between key industry stakeholders – which it is anticipated will create an attractive base for many new renewables occupiers looking to set up in the city. There is currently 210,000 sq ft available for lease at Wellheads Avenue through Savills and Knight Frank.

Search for a commercial property in Aberdeeen 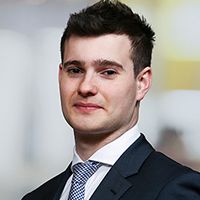 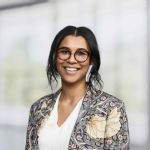