Landlords Are Leery of Looming Storm Clouds on the Horizon

Prior to the COVID-19 pandemic, direct space available to lease from landlords in the Philadelphia Central Business District (CBD) continued to gradually trend downward with a strong economy and the desirability of Center City locations for major employers driven by ease of accessibility and amenity rich opportunities that the city provided. Overall vacancy declined or remained flat, even as many tenants, such as PNC Bank, Macquarie, Towers Watson, Aramark and others continued the national trend towards densification that placed more employees in less square footage.

Over a year into the COVID-19 pandemic, many organizations have successfully switched to remote work, with limitations placed on returning to work by the City. The pre-pandemic trend towards space optimization, reduced square footage and occupancy costs has continued as exhibited by tenants such as Baker Hostetler and Blank Rome shrinking their office leaseholds. In addition, the market has seen more sublease space come online in the last 12 months, increasing by 69%. The excess space put back on the market, coupled with increased competition via sublease space at reduced rents and the limited demand for space during the pandemic has put landlords in the unenviable position of competing for limited opportunities with their own tenants, who are seeking to shed space via subleasing.

The return of Class A and Trophy Class space to the market is a thorn in the side of landlords; however, it is a great opportunity for tenants seeking to upgrade their facilities and/or lower their overall occupancy costs. 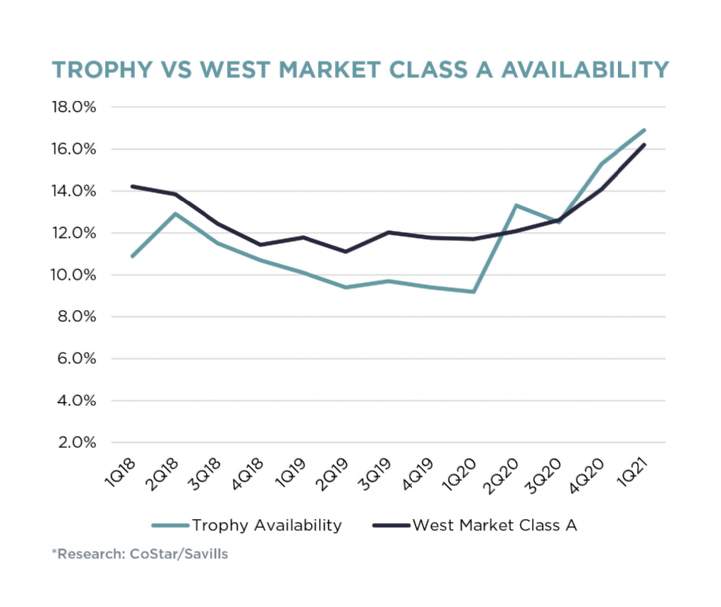 Between January 2020 and March 2021, overall Class A availability in the Philadelphia CBD grew by 370 basis points (bps) to 15.0%. During the same period, trophy class space availability within the CBD increased 700 bps to 16.9%.

Despite the cautionary storm clouds on the horizon, many landlords have resisted reducing asking rents, arguing that the limited demand for space doesn’t justify lowering asking rates. In addition, Savills has heard the following comments from landlords against lowering rents:

Some Landlords are attempting to meet the reluctant market and increased cost of construction with higher concession packages including increased rental abatements and increased tenant improvement allowances. This translates to lower effective rates for leases, the net effect of which is a lower return for landlords, even if rental rates remain relatively flat. Another trend we are starting to see is landlords being more open-minded to lease restructures, two and even three to four years prior to a tenant’s lease expiration, in an effort to create stability within their assets.

All of these trends are combining to produce a market which we believe to be at a tipping point:

(1) Direct space available for lease is rising at a rate not seen since the Great Recession of 2008.

(2) The amount of sublease space on the market is escalating and with much of that space offered as furnished “plug and play” space at significantly reduced rental rates in direct competition with landlords’ direct lease space.

(3) Slowed leasing volume due to cautious tenants and increased renovation expenses for relocating tenants are making it increasingly difficult to fill vacancies.

Landlords and their listing agents are standing shoulder to shoulder trying not to blink as the storm continues to build. It is likely only a matter of time until a few landlords become more aggressive in trying to hold onto their existing tenants or attract new ones which effectively will begin to pull overall rental rates down as competition increases.

2021 presents an opportunity for savvy tenants to exploit a changing market for landlords as the balance shifts from landlord to tenant favor. 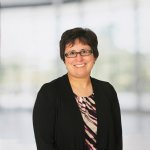