Are we at ‘peak gap’ between some sectors?

The end of last year saw yields remain stable, but the move into 2021 saw a few upward trend arrows attached.

Three sectors saw a 25 basis point rise in prime yields, which reflects the pandemic impact on the high street shops, leisure and the pub sectors.

At 400 basis points, the current yield gap between the highest and lowest UK sub-sectors is the largest recorded. The gap is widest between leisure parks and West End offices. This is the same two sectors that showed the ‘peak gap’ during the ‘Great Recession’ of late-2008/early-2009 at 300 basis points. It’s worth pointing out that from the peak yield for the leisure sector in 2009, at 8.75%, it was 200 basis points lower a year later. Will the effect of the vaccines see a repeat of a large downward shift yield through to 2022?

The total UK investment volume is now at £46.9bn for 2020, which has risen as additional transactions are reported. With Q4 2020, now at £16.7bn, this is 18% above the combined total for Q2 and Q3 last year. With the quarterly data now available from MSCI, for the UK, it is worth reviewing the sector differences in terms of performance during 2020. The negative total return outcome for ‘all property' in the UK (-2.3%) is attributable to the heavy impact of the pandemic and structural shift on the retail sectors, except supermarkets.

Life science demand is high, but where’s the stock going to emerge from?

Within the commercial real estate market, investors are always looking for opportunity to benefit from a structural shift that will impact positively on occupational demand going forward. The pandemic has brought the whole of the life science sector into focus for more investors. It is a sector that has been developed and traded by relatively few players during the past couple of decades and is now receiving significantly more attention, on a global level, in key markets.

The level of interest for presentations on the sector has increased significantly during the past couple of years and that intensity has risen during the past 12 months. The reasons for this are numerous, but the rising level of occupier demand is a key driver. As shown in the chart below, there is an increase in capital being raised by UK-headquartered companies within the life science sector. This includes venture capital that tends to be the earlier money into companies, which has doubled from a few years ago. There are also capital raisings being recorded as initial public offerings, mergers & acquisitions, private equity and seed capital, to name a few.

This sector in the UK is receiving interest from domestic and international investors, including investors/developers from the United States. The recent investment deal at Cambridge Science Park, sold by Legal & General, showed the level of appetite with many parties interested, which pushed the pricing 50%+ above the guide price.

The question, going forward, is around the availability of investment stock in this sector, both in the UK and Europe. There will be an opportunity for owners to sell assets, where there are life science tenants in occupation. For universities, that have created science/technology park space over the past few decades, it may now be a good time to review their assets particularly those that have had a negative impact on their income during the past 12 months.

The Deloitte Chief Financial Officer (CFO) survey is a key indicator of what the financial controllers of UK companies are thinking about. It also provides a clear indication of their attitude towards many factors that will impact on occupational demand for commercial property. For one of those variables, as shown in the chart below, is their hiring intentions over the next 12 months. This is a critical factor that determines the need for floorspace. The chart shows the improving sentiment and a higher level of optimism.

Against a backdrop of the UK economy shrinking by a record 9.9% in 2020, the sentiment of CFOs provides an indication of the improving outlook during the last three quarters of 2020 and the UK is moving back to the more positive sentiment that was recorded at the end of 2019. 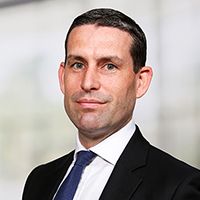 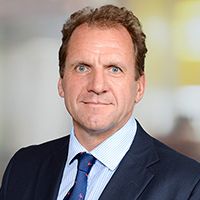