People are eating away from home with increasing regularity. Many shopping centres are responding to this appetite for eating out with a larger restaurant offering, killing two birds with one stone. They are replacing unproductive
retail space and positioning themselves as leisure destinations. Is this a promising strategy?

Eating at home? Get out of here!
Germans are not exactly renowned in other countries for their culinary culture. A few figures demonstrate why. The average German consumes more than 45 kg of frozen food per year. Almost a tenth of this is attributable to frozen pizza. However, there is one particularly striking trend. While retail sales of frozen pizza have increased by “just” 13% over the last five years, eating-out sales for the same product have risen by more than 60%. However, it is not only pizzas that are being consumed away from home with greater regularity in Germany. Overall household expenditure on eating out has risen by more than a fifth over the last five years.

Shopping centres are responding with an increasing restaurant offering
The appetite for eating out has come just at the right time for shopping centre managers, offering them the opportunity to compensate for the diminishing magnetic effect of former anchor tenants, such as clothing department stores and consumer electronics stores by expanding their restaurant offering. Restaurants also play an important role in centre managers’ endeavours to stage shopping as an experience in order to provide differentiation from online retail. Indeed, restaurant space in shopping centres has already been growing for some time, doubling to almost 8% of total lettable area over the last 10 years in Germany. The current model for a contemporary shopping centre entails a much higher percentage. The proportion of restaurant space in the MyZeil in Frankfurt, for example, will increase to 15% (from less than 5% previously) following the current modernisation, while the refurbishment of Hamburg’s Europa-Passage will take the restaurant offering to 20% (previously 13%). Similar plans have been announced for many other shopping centres.

Substituting retail space with restaurants with no loss of sales appears unrealistic
The strategy of replacing space with declining productivity (e.g. clothing and consumer electronics retail) with uses having increasing attraction appears logical at first glance. Whether rental income is generated via sales of clothing or food ultimately makes little difference. This is all the more true if not only the space but also sales can be substituted one for one. The idea that every shopping centre will achieve this, however, appears questionable. In the long run, consumers will not spend less money on jeans and televisions and instead have this at their disposal for burgers and pizzas. They will simply buy their jeans less often in shopping centres than previously and instead shop via Zalando et al. From a consumer's perspective, therefore, shopping centre restaurant sales represent additional outgoings that they must be willing and able to pay. If we assume that the proportion of restaurant space in German shopping centres will increase to 15%, this would translate into sales of approximately €3.4bn per year* that would have to be generated going forward in addition to the current sales of approximately €4bn from shopping centre restaurants. Based upon the average growth rate in eating-out expenditure over the last five years, this level would not be achieved until 2033. In view of the very good economic growth and relatively high population growth in recent years, this may already be an optimistic scenario. 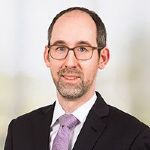 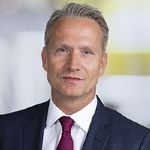 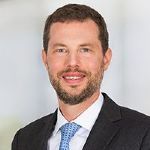 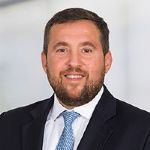