Development Land in the UK

Since the EU referendum, sentiment in the development land market is more neutral for both greenfield and urban land. Land buyers are prepared to take less risk in buying sites and in some cases hurdle rates have been increased.

Where are the price falls?

Most areas of the country have seen no changes to land values since June with low levels of transactions being part of the picture. The small shift in the UK-wide index results reflects price falls seen in parts of the country including Kent, Cornwall and Scotland.

In Kent, there is limited competition for lower value sites at present, although the better areas continue to perform. This is because the county is dominated by major housebuilders who hesitated post Brexit.

Land buying activity in Cornwall and Scotland has been maintained on the whole. But those purchasing land require higher margins which is reducing the value they are prepared to pay for sites.

Land price growth in some markets

Land buyers caution means that there is a focus towards lower risk sites. There is continued activity and prices are holding up, or even slightly increasing, for the best sites. The best sites tend to be those in economically strong markets where house price growth has not peaked.

Demand has been maintained for greenfield sites in locations west and north of London including around Milton Keynes, Newbury and Reading. Markets such as Cheltenham have also continued to see sales of smaller sites. In and around Bristol, both major and regional housebuilders are competing for land where supply levels have not been keeping up with the growth of the city.

City centre sites in Birmingham have seen continued demand as underlying regeneration stimulus such as HS2 and the demand for Build-to-Rent have supported land value growth. Investors who had previously focused on London are looking for opportunities beyond the capital and are supporting the demand for sites in the city.

An eye on sales rates

Housebuilders are watching sales rates on new build developments closely to understand the current market, alongside other market indicators.

The HBF survey of member sentiment shows that new build reservations and site visitors have returned to 2015 levels in September after weaker market conditions immediately after the referendum.

This is in line with other market and economic indicators. The RICS survey shows that new buyer enquiries in September increased for the first time in seven months against an economic backdrop that has been stronger than expected in Q3 2016.

Amongst markets showing recent strength, bid levels have been relatively strong in the markets in and around Birmingham, consistent with the land value growth seen in the city.

Within the capital we have seen the strongest demand and most transactions in outer London in markets where new build sales values are £450-850 per sq ft.

Values for residential development land in central London have fallen by an average of 8.9% in the last six months (10.2% falls over the year) predominantly due to a decrease in house prices. Central areas of Mayfair and Knightsbridge have felt the greatest impact; our prime central London house price index shows that second hand house prices have fallen by 10.6% since the 2014 peak, in large part due to stamp duty changes.

However, in outer London, which our index currently does not cover, we are seeing some of the strongest demand for land and values are more stable.

Central London office development land values have also fallen, decreasing by 5.9% over the last six months. While demand had been strong before the EU referendum, the vote has brought occupational demand into question. This uncertainty has put some developments on hold while developers consider their options for sites.

Alongside this there are increased challenges in raising debt finance. Build costs have continued to increase and gross development value has reduced due to increases in yields, reflecting perceptions of risk amongst investors.

We expect that there will be a reduction in the number of planned central London office development starts or wholesale refurbishment completions in 2018 and beyond. 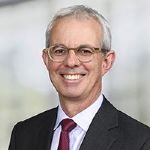 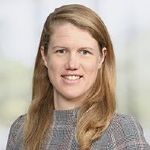 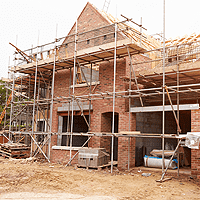