Investment activity is beginning to slow

Eurozone inflation continued to exceed market expectations in October, reaching 10.7% YoY, and applying further pressure on the European Central Bank (ECB) to raise interest rates. The ECB’s latest base rate rise of 75 bps to 1.50% is expected to be followed by an additional 50 bps rise by the end of 2022.

Consensus forecasts indicate eurozone inflation is still expected to peak during Q4 2022, but more concerningly for the ECB, the current core inflation rate of 5% is likely to remain above the ECB’s target of 2% for some time. Eurozone countries that tend to rely on Russian energy exports are observing some of the highest headline rates of inflation, led by the Netherlands (16.8%), Belgium (12.3%), Italy (11.9%) and Germany (10.4%), whilst Central Eastern European markets continue to see rising prices well above 15%. Eurozone wage growth is expected to reach 4.2% during 2022, and 4.4% in 2023, although given there still remains space capacity in the employment markets, any fears of an inflationary spiral remain unlikely.

Capital Economics anticipate eurozone base rates will reach 3% by mid-2023 in an attempt to control inflation, although policymakers will be aware of the negative impact on economic growth across the eurozone – GDP is already forecast to contract by 0.4% during Q4 2022.

Ten-year German government bond yields have risen to 2.1% at the end of October 2022, up from -0.2% just 12 months ago, with consensus forecasts expecting this to stabilise at 2.3% during 2023. As a result, all in costs of debt for European CBD offices rose above 4% during Q3 2022, as we begin to see lender margins increase for the additional risk. Although this clearly presents an opportunity for cash buyers, they continue to seek discounts reflecting the higher cost of debt in the market.

Increased caution around rising risk-free rates has hampered real estate dry powder inflows. Global private real estate fundraising declined by 53% YoY to $33.81 billion in Q3 2022, of which 23% of capital is targeting Europe, according to Realfin.

We have since observed the impact on European office investment transactions, falling by 28% against the five-year Q3 average, as volumes reached €19bn, according to Savills data. Among the most resilient markets were Belgium (+167%), Ireland (+157%), Italy (+68%) and Spain (+25%), whilst Sweden (-78%), Finland (-68%) and Norway (-61%) observed the largest falls in transactions as the market enters price discovery mode and the fall in office investments in Sweden is mostly due to the fact that many M&A deals were made within the office sector in 2021. However, as transactions are down during H2 2022, finding evidence of prime yields is challenging.

Current pricing indicates a correction is required, although we expect the extent of the correction to be more limited

Savills Q3 2022 EME Office Value Analysis indicates that all 24 EME office markets appear fully priced, up from seven markets at end Q2 2022, largely due to the rise in risk-free rates over the past three months.

Assuming risk-free rates remain stable at current levels, our model indicates that Q3 2022 EME prime office capital values require an average 30% decrease to reflect today’s risk, and an overall 38% decrease from the capital values observed at end Q1 2022. Core Western European office yields are lowest and perhaps more sensitive to higher interest rates. However, as the economic outlook worsens and inflation peaks, then rates could fall towards the back end of 2023, thus any correction is likely to be smaller. Actual price falls tend to be smaller than models suggest, given that investors buy before the nadir of the cycle to ensure that they secure the asset.

Cities which require the smallest price corrections are London City (-18%), Prague (-25%) and Stockholm (-25%), however, Helsinki (-42%), Milan (-39%) and Madrid (-39%) require the largest price corrections, based on the current near zero, and even negative risk premiums to government bonds. Savills data indicates that when German 10Y government bond yields were last at 2.1%, during November 2011, German top six cities average prime yields stood at 4.9%. At end Q3 2022, average German top six prime office yields stand 180 bps below at 3.1%.

An investor must be compensated for bearing the risk of investing in real estate over sovereign bonds. The calculated yield is derived as the current risk-free rate plus five-year average office risk premium, discounting for nominal rental growth, inflation and expected depreciation forecasts across each market. The calculated yield represents a hypothetical yield assuming a fully liquid market and that the investor is fully hedged against currency risk.

Why a further 30% drop in prime capital values appears unlikely…

The fundamental office value analysis is a good indication of a turning point in the investment market, but not necessarily on the extent of the correction. Despite the fair value model indicating a further 30% decrease in capital values, we think this is unlikely for a number of reasons:

The investment market is undergoing signs which are common to a period of price discovery. Falling real estate fundraising, a rise in refinancing risks and rising numbers of NDAs on transactions are becoming more common, with no buyer wanting to be known to have paid the last record low yield. Investment transactions are still underway in Q4 2022, although the number of buyers is thinning, particularly for value add stock as buyers seek larger discounts. We expect this to be reflected in pricing with further outward movement during Q4 2022 as prices adjust and motivated sellers will return to the market in Q1 2023. 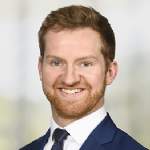 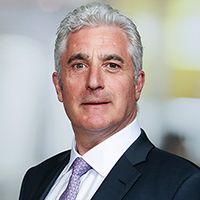