Retail activity picked up in the final quarters of 2021

For the first time since 2015 quarterly investment in retail was higher year on year in Q2 2021. Retail parks and supermarkets are driving demand

The share of retail investment at historic low level

The opposite fortunes of shopping centres and retail parks

The impact of e-commerce on retail supply

How is retail vacancy evolving in countries with large retail stock and high online sales penetration?

Overall retail supply, as well as shopping centre density in the UK, is below the European average according to GfK data. However, the online retail sales penetration is the highest

Retail warehousing rents have remained broadly stable over the past two years, and we do not expect major changes 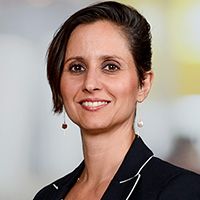