August saw three transactions totalling £537m, the fourth largest monthly turnover in 2021 (to date) and a significant improvement on August 2020 when only £44m transacted. Total investment for the year stands at £4.29bn across 47 deals, an 85% increase on this point last year when only £2.3bn had transacted. Investment volumes for the whole of 2020 reached only £4.59bn, with £1.60bn under offer. As we enter September 2021, we anticipate 2021 numbers to exceed 2020 before the start of Q4, traditionally the busiest quarter of the year.

As we enter September, there are currently 41 buildings being openly marketed, totalling £3.4bn. As London’s workforce returns to offices – reportedly, the first Monday of September saw a 20% increase in Tube passengers – Savills anticipates a busy end to 2021. As with previous months, August continued to see a low number of new properties launched, with only two buildings marketed. However, September has already marked a potential change with four properties released to the market in the first week, and Savills are aware of further assets being prepared for sale.

A theme which has emerged in 2021 has been the number of larger assets (£100m+) being sold, with an average lot size for the year of £91m compared with only £67m across the whole of 2020, and a five-year average of £72.6m. So far this year, we have already seen twelve transactions over £100m, accounting for 76% of total turnover. At the time of writing this report, we are aware of a further six (£100m+) properties under offer and seven being openly marketed, totalling approximately £3.5bn. In fact, 82% of current availability is for assets with a value in excess of £100m. The record for number of large transactions for a single year was in 2017 when 34 buildings traded, totalling £9.8bn.

In a notable transaction for August, Aviva acquired Curtain House, Curtain Road, London, EC2 for £42m, which reflects a capital value of £775 psf. The Grade II listed, mixed-use former warehouse totals 54,141 sq ft arranged over basement, ground, and four upper floors. The accommodation is split into 40,426 sq ft of warehouse-style office accommodation and 13,018 sq ft GIA of restaurant and bar space on the ground and lower-ground floor. Vacant possession of the offices is achievable by August 2022. Aviva acquired the property for their new Climate Transition Fund.

In the years first major owner-occupier transaction, Heatherwick Studio acquired 55 Argyle Street, WC1. The former Diesel HQ is located a short walk from Kings Cross station and provides 27,655 sq ft of office accommodation across lower ground, ground and three upper floors. The property was originally marketed to let; however, it received significant interest from owner-occupiers and investors and was sold for £30m, which reflects a capital value of £1,085 psf.

European investors are now the leading buyer group within the City, acquiring £1.45bn worth of assets accounting for 34% of total volume. Despite the UK unlocking and allowing foreign travel, overseas investors are still having to navigate quarantining when returning home. This has been particularly the case for investors from Asia Pacific countries – and it is, therefore, no surprise that investors from this region have been less active in the City market in 2021. Asian investors have only acquired three buildings in 2021, and eight since Q2 2020. Far Eastern investors had been the number one buyer group in the City market in 2017 and 2018.

Savills prime yield now stands at 3.75%, which compares to the West End prime yield of 3.25% – a 50 bps yield shift in comparison. The MSCI City average equivalent yield currently stands at 5.49%, while the net initial yield is 3.08%. 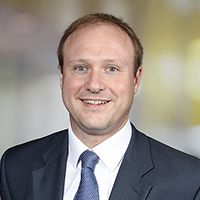 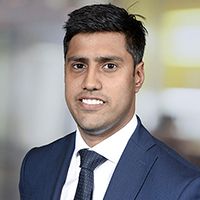 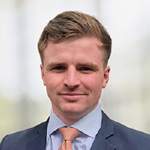