Stars lined up for sale and leaseback

Last year the European volume of sale and leaseback (S&LB) transactions totalled €8.4bn, 10% lower than in 2019 but 8.5% higher than the past five years average. This is a robust result compared to the overall investment activity, which dropped by 18% last year.

Historical data shows a significant correlation between property prices and S&LB activity, which translates into an increasing number of S&LB transactions when yields are moving in. So far, the largest wave of S&LB deals was recorded in 2007, when yields had hardened by 168bps on average across sectors in core European cities since the beginning of the cycle in 2001. This is indeed an ideal period for S&LB transactions to take place as rising prices trigger owner-occupiers’ interest in selling their properties, whilst investment opportunities are scarce on the market.

With the increased need for businesses to find liquidity to shore up balance sheets or make acquisitions in the current and post-Covid environment, we believe S&LB will become the sector of choice during 2021.

This is particularly true for logistics properties which have gained popularity amongst investors on the back of the rising share of e-commerce. Whereas investors have been seeking to gain exposure in the sector, limited supply on the market has put strong downward pressure on yields. Over the past 10 years, prime logistics yields moved in by 312bps on average across core countries. Although logistics activities surged during the past few years and proved to be relatively immune to the pandemic, the sector is nevertheless highly competitive.

Strategic footprint, omnichannel improvement, and automation projects require large investments to reduce operating costs and gain market shares. Hence, the S&LB option when prices are rocketing makes strong commercial sense for some logistics owner-occupier, fitting in their institutionalisation process. As a result European logistics S&LB activity increased regularly since the end of 2013 and reached a record level last year, €3.4bn, approximately 15% higher than in 2019. At the same time, the overall logistics investment market increased by 4% only, confirming that limited supply is restraining the overall activity in the sector.

To a lesser extent, a similar story goes for the grocery sector. Although the overall European retail S&LB volume declined by 34% between 2019 and 2020, most of the related activity was fuelled by supermarket and hypermarket retailers. During lockdown periods, food retailers have been relatively spared compared to other retailers, often even benefiting from restrictions over restaurants and canteens which have forced the European population to eat at home. Such resilience has caught investors’ attention, seeking to maintain their retail exposure resulting in the compression of supermarket yields. On average across Europe, prime supermarket yields moved in by 14bps between 2019 and 2020 whilst during the same period, prime shopping centre yields softened by 39bps.

Despite their much better Covid-position than the overall retail segment, it is important to remember that over the past 5–7 years, fierce battles on food prices to maintain market shares against the growing mass market grocery retailers such as Lidl and Aldi, has substantially squeezed profit margins in the sector. Additionally, Covid-19 has exacerbated the digital transformation urgency and the need to improve omnichannel strategies, both requiring large investments. Hence, grocery chains are currently much more inclined to sell and leaseback their properties to access capital.

We expect S&LB of food to be one of the huge successes of 2021 with demand for this sector to be large as it offers the same lease lengths to logistics, same covenant and yet in some instances offering as much as 200bps yield spread.

Office S&LB can be an exit way to the current office standstill, towards flexibility

The weaker correlation between price movement and S&LB investment in the office sector supports the fact that pricing is not the only decisive impetus for owner-occupiers to dispose of their property. Despite a strong prime office yield compression recorded since 2009 (270bps on average across the major European cities), office S&LB has only risen slightly and sporadically since 2013. Nevertheless last year the office S&LB investment totalled €3.4bn. If this is 14% down on the previous year, this remains a better performance than the 28.5% decline recorded in the overall office investment market during the same period. As the office sector went through a reassessment of its fundamental role over the past 12 months, leaving most office occupiers in a status quo situation, we believe S&LB to be an exit way towards flexibility.

With companies needing to find liquidity to expand or consolidate, we think this will mean H2 2021 sees a record number of corporate-led S&LB. These sales will be welcomed by the increasing wall of capital which will be hunting long income assets as they try to match liabilities.

Whereas the future of the office will remain uncertain until a complete and safe ability to go back to work is reached, ways of working and workforce mentality have irreversibly changed over the past year; productivity has clearly won the battle over dogmatic onsite presence. Hence the thrilling question on whether reorganising existing office spaces to enhance productivity or reducing office space to reduce property costs. Whilst there is no right or wrong answer, as it very much depends on business sectors and business size, S&LB can serve both strategies. S&LB in full for owner-occupiers willing to invest in a more productive workspace and partial S&LB for owner-occupiers willing to reduce their office space or prompt to multiply their office locations. Nevertheless, partial S&LB will only catch investors’ interest if the premise is located in a prime area where the vacancy rate is low. In the current bustling office context, investors will certainly pay attention to long office lease commitments.

Although there is not yet clear signs on which business sectors are more prone to sale and leaseback their offices, so far banking, energy and construction companies seem to be have been more predisposed to this opportunity. We expect state-owned companies to increasingly consider the option. Additionally, we believe investors are now likely to favour deals directly with the tenant as this gives them comfort about the sustainability of the rents suggested.

France was the largest recipient of S&LB investment last year, ahead of the UK where volume halved between 2019 and 2020. Activity in France was mainly underpinned by strategic office sales, including most notably the sale of the future large office scheme named Harmony located in La Garenne-Colombes, which will be the headquarter of ENGIE.

In Germany, which follows as the second biggest S&LB beneficiary, the volume was predominantly boosted by the sale of the Hamburg Commercial Bank HQ bought buy Signa Holding and the sale of Random House from Bertelsmann to Allianz Real Estate. However, the activity was also fuelled by numerous logistics sales.

In the Netherlands, the S&LB volume nearly tripled last year, predominantly due to many sales from logisticians, including notably the sale from DSV of a 115,0000 sqm warehouse to Savills IM. Nevertheless, the sale & leaseback of the Jumbo supermarket portfolio was the largest deal recorded last year.

In the UK, S&LB activity was also mainly driven by the logistics sector although supermarket brands, including most notably Waitrose and LondonMetric, have also been active in selling.

S&LB investment surged in Sweden, nearly doubling between 2019 and 2020. Here again, logisticians have been active sellers, including notably Beijer Byggmaterial AB who sold and leaseback a 37-property portfolio last summer. Yet, the biggest S&LB deal recorded in Sweden last year came in from Coop, a large grocery retailer. 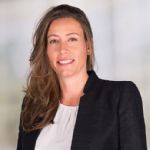 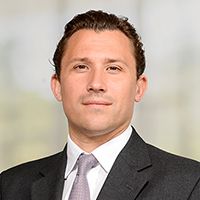