Summer ends with more exciting prospects. August reverses the downward trend observed during the months of June and July 2020, in the Lisbon office market.

These values are not surprising and should not be perceived in a negative way. The Covid-19 pandemic clearly put work spaces in perspective and the way they are organized and prepared to receive workers safely again.

In August 2020, the Lisbon office market recorded a take-up volume of approximately 13,500 sqm, which represents an increase of 19% compared to the same period in 2019.

After two consecutive months of negative results, with the months of June and July having a total take-up of only 5,472 sqm and a decrease of 89.8% compared to the same period of 2019, the month of August came to give a new boost to the market.

In total, 6 operations were closed, two of which above 5,000 sqm, located in the Parque das Nações area and in the Western Corridor.

In view of the pandemic context and even though the accumulated take-up between the months of January and August 2020 reveals a decrease of 28.1% compared to the same period of 2019, the market continues to observe the closing of larger operations and a resilient willingness of companies to carry out their plans to change facilities.

According to Alexandra Portugal Gomes, Associate in the Research Department at Savills Portugal “Four months before the end of 2020, it is safe to say that the year will end below the 200,000 sqm average occupancy level verified in the last two years, with a 25% expected decrease in take-up, placing the final result in the order of 150,000 sqm occupied in 2020”.

Up to August 2020, 52% of the take-up volume accounted for operations above 5,000 sqm, and compared to 2019, the take-up of spaces with an area greater than 5,000 sqm grew by 8.3%. In total, 6 operations were closed, one of the most representative of which was the occupation by BPI of Building Monumental (16,441 sqm) in the Prime CBD area. In terms of performance by market zone, with the exception of zone 7 (other zones), all areas of the Lisbon office market showed declines in activity, with particular emphasis on the New Office Zones (-76.8%) and the Historic Zone & Riverside (-70.6%).

Despite the lack of qualified supply in the heart of the city, Prime CBD zone has managed to keep its occupancy levels relatively stable. In the first eight months of the year, this area saw a smaller decrease in market activity (-13.1%), proving the preference of occupying companies for central locations that allow them to be very close to a complete service and transport network, but also reducing the time of commuting to work by its employees, a factor that assumes particular importance in the current context.

In total, between January and August, 63 operations were closed, down 44% compared to the same period in 2019, with the Western Corridor zone adding 19 operations and occupying the 1st place in this ranking. In terms of performance by sector of activity, the Pharmaceuticals and Health and Financial Services sectors are the only ones to record positive values, with year-on-year increases of 65.6% and 37.8% respectively.

Rodrigo Canas, Associate Director of the Office Department at Savills Portugal adds, “These values are not surprising and should not be perceived in a negative way. The Covid-19 pandemic clearly put work spaces in perspective and the way they are organized and prepared to receive workers safely again. If there are some companies that have started to invest 100% in working from home, this will not be the reality of the vast majority of companies in Portugal. The office space will continue to maintain its leadership position, it is not possible to replace all the functions to which it responds: from the inter-social relationship with colleagues, to the creative stimulus, to brainstorming, to the exchange of experiences and to the establishment and maintenance of a face-to-face connection with clients.”

Covid-19 thus presents itself as an opportunity to reposition not only the strategies of the companies, but also the office buildings themselves that are wanted now, more than ever, 100% flexible, with the ability to respond and adapt immediately to future crisis. 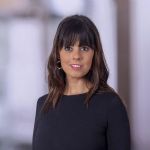